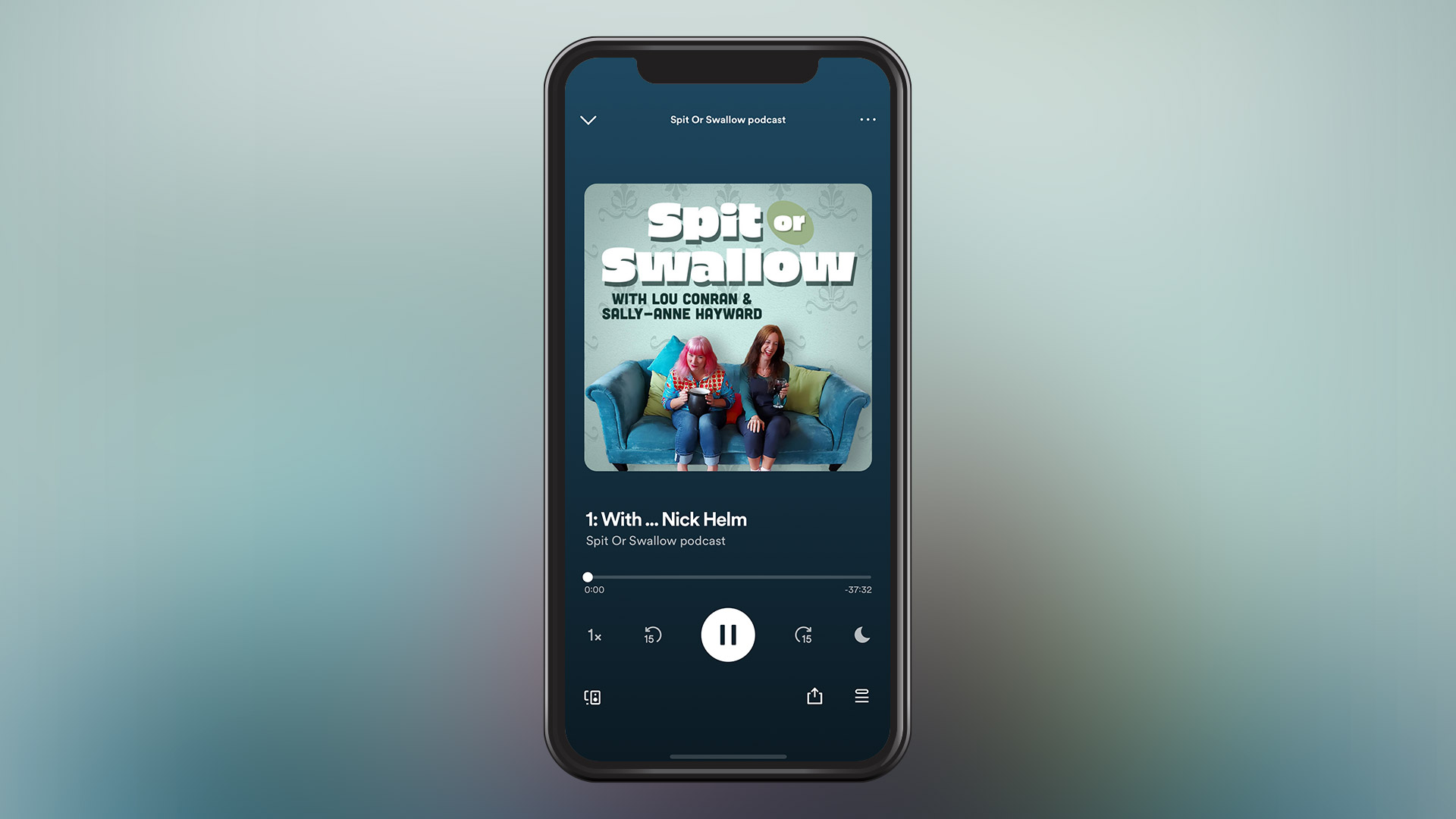 Celebrity guests join comedians Lou Conran & Sally-Anne Hayward for a chat over a drinkiepoo of their choosing. Secrets & stories shared culminate in a final decision by Lou & Sally, as to whether their guest’s drink of choice is a spit or a swallow.

I was approached by the podcast producer and asked to create an eye-catching cover for Lou and Sally’s new podcast, Spit or Swallow. The photography was provided by the two of them, as well as some great ideas of what they were after. The end goal was to create something that would stand out among the many podcasts out there, something that I feel was a success.